In prophase II the chromosomes again supercoil and in metaphaseII they align at the equator and are joined by microtubules from the centrioles at the poles. The microtubules join to the centromeres and pull apart the chromatids

During anaphase II the chromatids are pulled to the poles of the cell. 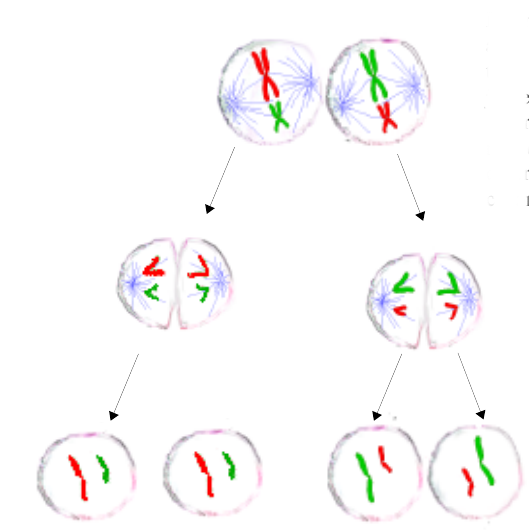 This means 4 haploid cells have been formed from

All diagrams adapted from http://en.wikipedia.org/wiki/File:Three_cell_growth_types.png